All Aboard for the Walking Bus at Tynewydd Primary School 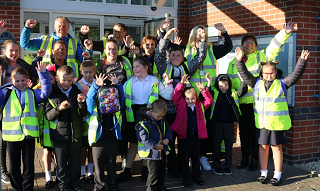 Tynewydd Primary School in Newbridge are the latest school in Caerphilly County Borough to take part in the walking bus initiative as part of International Walk to School Month.

Pupils were joined by staff, parents, the council’s road safety officer and Alfie the dog earlier this week as they set off on their first walking bus from the centre of Newbridge.

20 Caerphilly primary schools across the county have a walking bus and regularly hold assemblies and lessons to teach pupils about road safety. 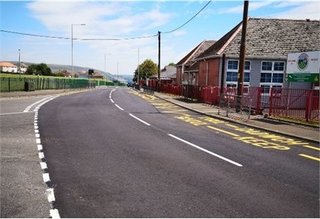 Since April, 98 highway improvement schemes have been completed by Rhondda Cynon Taf CBC, worth a total of £6.3m; with a further 84 schemes to be delivered by March 2020.

An report to the council’s Cabinet on 17 October, outlined the progress made since the three-year £23.5m package for highways maintenance, covering the period 2019-22, began on 1 April, 2019.

The capital programme, agreed by Full Council in March 2019, ensures the fabric of the highways network in protected and is a proactive approach aimed at avoiding expensive repairs when roads are left to reach the end of their design life. It is therefore a cost-effective option in the long term, ensuring communities benefit from better roads and footways. 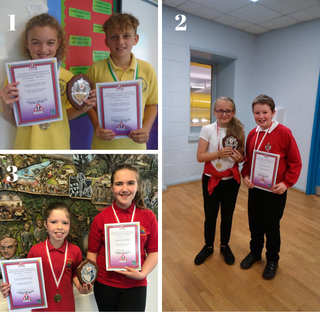 For many years Gwynedd Council's Road Safety Unit has invited the county's Primary Schools to nominate two pupils from the junior section of the school to be Junior Road Safety Officers.

The role of the young officers is to spread road safety messages to the school community by holding talks, competitions, placing posters as well as putting their own ideas into action to raise awareness of road safety. The children receive a certificate and medal at the end of their time as Junior Road Satety Officers in recognition of all their hard work.

This year, in award ceremonies organised by Gwynedd Council’s Road Safety Unit, a shield was awarded to the schools in Arfon, Dwyfor and Meirionnydd which, in the opinion of the Road Safety Unit, had done the best job of promoting and encouraging road safety. 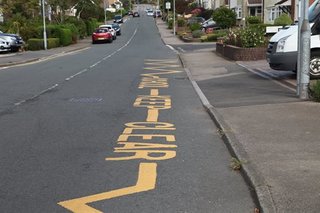 Even those who have to drive can do their bit by starting their journey five minutes earlier, parking away from the school and walking for part of the journey. Also it is now known that air pollution inside the car is generally higher than that experienced by pedestrians in the street. 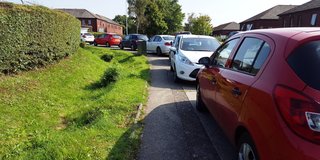 Speaking at an Active Travel conference in Cardiff recently, the Deputy Minister for Economy and Transport, Lee Waters announced that the Welsh Government would be putting together an expert group to explore ways of clamping down more widely on illegal parking, as well as pavement parking across Wales.

The Deputy Minister also repeated the Welsh Government’s commitment to change the default speed limit for residential areas across Wales from 30 to 20mph.

He said, “Our goal is for people of all ages and abilities to be confident that they can make every day journeys by walking and cycling, and do so safely. But there are barriers in our villages, towns and cities to allow this to easily happen and this is something we must look at ways of addressing – not least as part of our wider response to the climate emergency, the air quality crisis and the obesity epidemic. 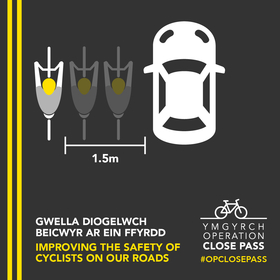