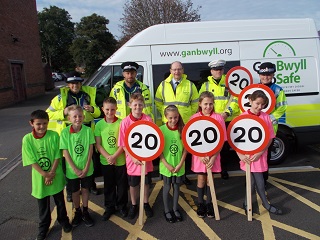 Warning of the Dangers of Fatigue

Fatigue is estimated to be a contributory factor in up to 20% of road collisions. These types of crashes tend to be high speed impacts resulting in death or serious injury, because a driver who has fallen asleep cannot brake or swerve.

Sleepiness reduces reaction time, a critical element of safe driving, and also reduces alertness and concentration. The ability to perform attention-based activities, such as driving or riding is impaired and decision making can be badly affected, as information cannot be quickly processed by a person who is tired. 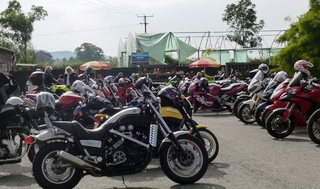 HRH The Prince of Wales is to give road safety initiatives the royal seal of approval at the Llandovery Motorbike Weekend.

The Prince will launch the motorbike weekend by starting a parade of bikes around the town on Friday 8 July.

Bikers from the emergency services, the County Council’s Road Safety Team and engagement partners will take part in the parade. 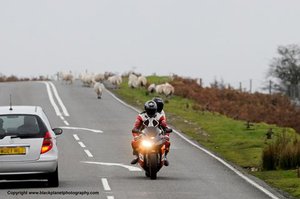 Wales By Bike has launched brand new Twitter accounts bringing you hints, tips and blogs for bikers and other road users.

By following, liking and retweeting, you can assist Wales By Bike in helping to ensure that the fabulous roads in Wales can be safely enjoyed by everyone – but especially bikers!

To promote safe motorcycling in Wales and to raise awareness of the risks bikers face as riders, every day during the summer Wales By Bike will be using #100daysofmotorcycling as a hashtag on their tweets.

Two projects which aim to improve road safety and reduce the number of motorcyclist casualties will share up to £450,000 of Welsh Government research funding to develop their products, the Economy and Transport Minister, Edwina Hart has announced.

In July of last year the Minister announced the four successful projects under the first stage of the Welsh Government’s Small Business Research Initiative (SBRI), which required companies to identify pioneering approaches to reduce motorcyclist casualties in Wales – a priority road safety target for the Welsh Government.

The funding they received helped them to run feasibility studies as part of the first phase of the challenge. The four projects were then invited to bid for funding for phase 2 of the initiative, which will help develop the products to point where they can be marketed.