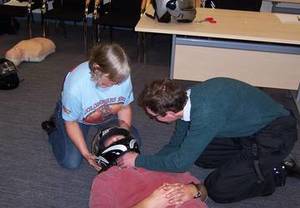 Have you got a CRASH Card?

Motorcylists are being urged to carry cards which contain potentially life-saving information in the event of an incident.

At some point in a motorcyclist’s riding life they may have an ‘unscheduled dismount’ or they may be with a rider who does. CRASH is a set of easy to remember steps to keep themselves safe, as well as the unfortunate rider who has been involved in a collision.

There is space to record information which could be vital to the attending paramedic, including current medical history and the details of any medication currently being taken.

With their own, and the safety of other road-users in mind, 12 motorcyclists from South West Wales ROADAR have recently achieved Gold standard passes for the RoSPA Advanced Motorcycle test – the highest civilian qualification of its kind obtainable in Europe. This is an exceptional contribution to the region's road-safety record and one that all road-users benefit from.

Unfortunately, the Welsh nation is no stranger to desperately sad news stories of deaths and injuries sustained by motorcyclists whilst enjoying our outstanding countryside. Wales continues to be a ‘destination’ region for motorcycling, contributing enormously to our tourist economy - but the statistics surrounding this recreational activity are sometimes devastating.

Through their voluntary efforts, South West Wales RoADAR group is seeking to address this situation by putting on the roads motorcyclists with exceptionally high safety-awareness and advanced handling skills. Riders from all walks of life – from aid worker to an accountant, are taking up the challenge of the test. Once a pass is gained, all riders are then re-tested every three years to ensure standards are being maintained.
The test evaluates the highest possible level of handling and safety skills that a civilian rider can achieve – all under the scrutiny of serving or ex class 1 police riders. It is truly exceptional to have such a high number of Gold awards, all achieved through the hard work of South West Wales RoADAR group.

Motorcyclists in Wales are being encouraged to carry free CRASH Cards which contain potentially life-saving information in the event of an incident.

Launched by Road Safety Wales, the CRASH Cards are being made available from motorcycle dealers and road safety teams throughout Wales. The cards contain space to record information which could be vital to paramedics – including medical history and details of any medication currently being taken. There is also space to list the name and contact number of a next of kin.

The cards were created by the Ambulance Motorcycle Club (AMC), and are already used in a number of areas in England, Northern Ireland and parts of Wales.

Road safety teams have been working in partnership with other road safety professionals who make up Road Safety Wales, and the scheme has the backing of the Wales NHS Ambulance Trust.

Whilst the number of casualties on the roads in Dyfed Powys has fallen over the last few years police officers are reminding drivers and riders to take care when they are on the road and to drive safely and not put themselves or other road users in danger.

The number of fatal casualties can be broken down for each county: Carmarthenshire five, Ceredigion five, Pembrokeshire six and Powys ten.

An operation aimed at reducing motorcycle-related deaths and serious injuries on the roads of North Wales begins this weekend (Good Friday, April 3).

Operation Darwen is a force-wide campaign which runs from Easter through until early autumn which is aimed at motorcycle safety and reducing casualties on our roads.

Historically high numbers of motorcyclists descend onto North Wales due to the challenging nature of the roads in areas of outstanding natural beauty such as Snowdonia. Motorcyclists are more at risk of being killed or seriously injured in a road traffic collision than any other road user, representing 1% of road traffic but accounting for 18% of all fatalities.

One hundred and ninety ‘Ride Safely’ information posters are currently being placed on roads around the County, Powys County Council has announced.

Not only do the posters act as a reminder to motorcyclists but they also highlight the presence of motorcyclists to all other road users. Additionally, since 2011, all of the posters also have a grid reference sticker and location marker on the back. It is hoped that if a motorcyclist is involved in a collision or breaks down, they can use the sticker to provide their exact location on unfamiliar roads.

A Number of Initiatives for Motorcyclists in Powys

With 3,400 miles of road, Powys has the largest road network in Wales and motorcyclists come from far and wide to enjoy our rural roads.

In 2014, 6 motorcyclists lost their lives as a result of a road traffic collision in the County and in excess of 25 motorcyclists received serious injuries. As one of the most vulnerable road users in Powys, the Council’s Road Safety Unit wants to reduce the number of motorcyclists involved in collisions.

The Unit has introduced a number of initiatives to help motorcyclists ride safely, thanks to funding from the Welsh Government.

The ‘Innovation in Reducing Motorcyclist Casualties in Wales’ project is a new national competition launched by the Welsh Government to drive forward Wales’ innovation agenda.

Organisations are invited to compete for a share of a total of £510,000 in funding for the prototype development and demonstration of innovative technologies.The project provides an exciting opportunity to play a part in helping the Welsh Government to reduce the number of motorcyclists killed or seriously injured on Welsh roads.