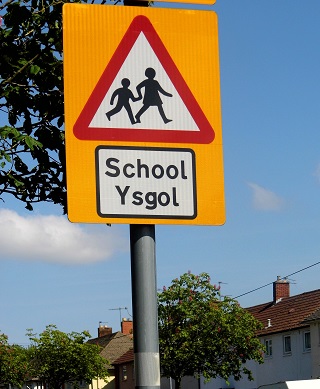 Safety checks were carried out on school buses in the Bala area yesterday (Thursday, September 15th) by officers from the North Wales Police Commercial Vehicle Unit.

Working in conjunction with the DVSA (Driver and Vehicle Standards Agency) a total of five buses were stopped and checked once the children had been taken to school. Other vehicles were also routinely stopped.

Three of the five bus vehicles were also issued notices for having no or inadequate school bus signs displayed.

“With the new school term having just begun we would have expected all buses to have passed the inspection with flying colours. Sadly, this was not the case so we are using this opportunity to remind all bus companies to ensure the roadworthiness of their vehicles.

“Equally we are also calling on all drivers to ensure their vehicles are kept well maintained and that they comply with the law – not only for their own safety but also for that of other road users.

“The majority of drivers abide by the rules of the road, but it’s clear that some are still ignoring the laws that are there to keep them safe. It’s not about catching people out, it’s about highlighting the dangers and encouraging motorists to put road safety first.

He added: “This is all part of our ongoing commitment to keeping the roads safe for all. Further checks will be carried out and we will continue to take action against drivers who commit offences on our roads.”