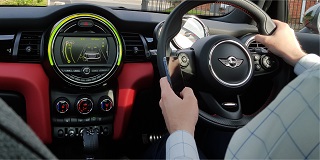 Nearly a Third of Tyres Replaced in Wales are Already Illegal

A recent survey, compiled by TyreSafe, of over 25,000 tyres as they were being replaced at Welsh tyre outlets, showed that 29.1% were illegal.

October has been Tyre Safety Month, and Road Safety Wales Partners have been highlighting the importance of tyres to safer motoring through social media. It has been disappointing to note that two recent police campaigns highlighted problems with tyres on a number of vehicles. Drivers who fail to comply with the regulations face a fine of up to £2,500 and three penalty points for each illegal tyre. Leaving your tyre checks until the MOT is due could be an expensive decision.

Motorists can help reduce the risks to themselves and other road users by carrying out tyre checks every month and before long journeys. The air pressure in each tyre should follow the vehicle manufacturer’s recommended settings, and tread depth should be well over the minimum legal limit of 1.6mm, roughly the same as the rim of a 20p piece. If a 20p piece is inserted into the tread and the rim is visible, the tyre may be illegal. However, professional advice is to replace your tyres ideally as soon as they reach 3mm. While checking tread depth, also look out for any lumps, bumps, signs of ageing or scuffing on the tyre which may indicate internal damage. 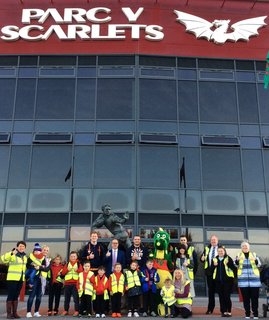 Pupils from Brynteg School were invited to Parc y Scarlets to start their ‘walk to school’ where they were met by Captain Ken Owens and fly-half Rhys Patchell. 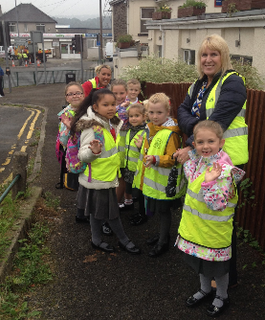 Pupils throughout Caerphilly county borough are celebrating International Walk to School Month this October, with 5,000 pupils ditching the car and walking to school.

Cllr Tom Williams, Cabinet Member for Highways, Transportation and Engineering said: “By making the effort and walking to school, pupils are doing their bit to help the environment by reducing their carbon footprint. Walking regularly also helps to keep pupils fit and active which is important for their wellbeing. Well done to everyone who is taking part in Walk to School Month”. 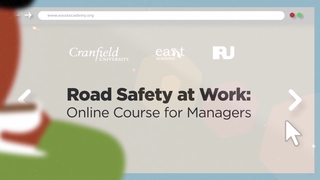 A new on-line course developed by the EASST Academy in partnership with Cranfield University and IRU Academy is now available for anyone with the responsibility for training, supervising and monitoring occupational drivers.

The course will give you the skills to deliver and sustain a robust road safety management strategy, because a safe fleet is in everyone’s interest.

Businesses that adopt a thorough approach to driver safety can benefit from reduced insurance, less damage to vehicles and goods, better staff retention and a significant reduction in working time lost through accidents. 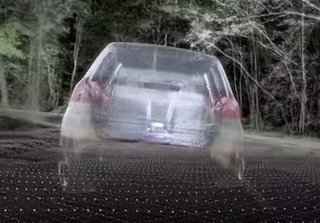 A Newport teenager with severe visual and hearing impairment has gone behind the wheel of a car for the first time thanks to a charity.

Emma Gaylard, of Newport, who has Stickler Syndrome, had the chance to drive a car through the charity Sense, who support people who are deafblind or who have sensory impairments or complex needs.

The charity recently received a grant of more than £414,500 from the Big Lottery Fund to provide tailored support for 50 deafblind and multi-sensory impaired young people across South East Wales.

A new online portal of motoring research relating to older and disabled consumers has been launched.

The Motoring Research Portal, created by the Research Institute for Consumer Affairs (Rica), includes more than 80 items of research from industry, academia and third sector organisations.

The portal uses bookmarks to show information on topics including technical research, for example on secondary vehicle technology (which covers everything from the ignition, lights and indicators to heating, air conditioning and in-car entertainment) and the role of autonomous cars.