The Welsh Government has released the Annual Report into Police Recorded Road Accidents in 2016.  It includes information on severity of injury and type of road user.

Presented during the Road Safety Wales Conference (21 June), the awards scheme seeks to recognise individuals, groups and organisations that have made a ‘real commitment to road safety, above and beyond what would normally be expected of them’.

The winners - including a long-serving school crossing patrol and organisers of active travel and motorcycle schemes - were presented with their awards by Susan Storch, Chair of Road Safety Wales. 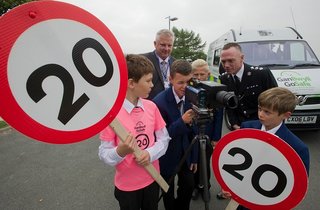 Today, road safety professionals from across Wales will meet at the Road Safety Wales Conference at the Metropole Hotel in Llandrindod Wells. This annual event, which is free to member organisations, explores key road safety themes as highlighted in the Road Safety Framework for Wales and provides a valuable networking opportunity.

Topics for the morning session will include:

Five presentations for the afternoon session are:

On behalf of Highways England, the Transport Research Laboratory (TRL) is looking for participants to complete a short online survey looking into road users’ experience of motorways and major roads in England.

The survey will take around 15 minutes to complete and all entries will be entered into a prize draw to win £300 Amazon vouchers.

In order to complete the survey we need participants to have a full UK registered driving licence and experience of driving on motorways and major roads in England. 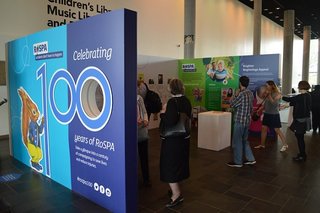 The Royal Society for Prevention of Accidents (RoSPA) is celebrating its centenary this year, with an exhibition highlighting some of its key achievements over the last 100 years - and a garden party at Buckingham Palace.

RoSPA was born out of the London ‘Safety First’ Council, which was founded in 1916. Its original remit was to tackle the ‘alarming increase in traffic accidents, and the direct connection therewith of the restricted street lighting which had been necessitated by the War conditions’.

The organisation was renamed RoSPA, with the agreement of King George VI, in 1941. Since then, it has been at the heart of accident prevention in the UK, and around the world.

Mature drivers in Powys are being given the opportunity to brush up on their road knowledge thanks to informal workshops organised by the county council.

The Project EDWARD team has issued a call for road safety stakeholders to support its social media ‘thunderclap’ campaign, scheduled for next Tuesday, 13 June.

The thunderclap ‘crowd-speaking’ campaign marks 100 days until the 2017 ‘European Day Without A Road Death’ (Project EDWARD) which is taking place on Thursday 21 September.

Organised by TISPOL, Project EDWARD encourages drivers, riders and pedestrians to spare an extra thought for their safety. The initiative is also designed to draw attention to the 70 deaths that occur on average each day on Europe’s roads. 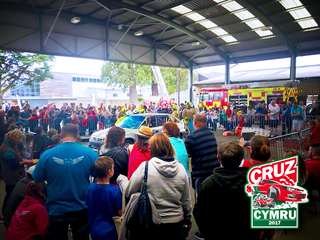 The first ever Cruz Cymru event was a roaring success. It was a road safety event which gave road users, emergency services and road safety partners an opportunity to gather in one place at the same time; as well as allowing Car Clubs and enthusiasts to come together and showcase their vehicles, in a friendly, competitive manner.  Visitors enjoyed a fun filled day for the whole family.

The event was supported by other agencies including St John’s Ambulance, GoSafe, Road Safety Wales and Dyfed Powys Police.

Group Manager and Head of Operational Response Neil Evans commented, “As an experienced driver of cars, lorries and motorcycles, as well as a keen cyclist, it’s clear to me that not all road users are respectful of other road users, and this event offered a great opportunity to educate and highlight the dangers that we face every day when travelling on our roads.”

He added, “The day was a huge success with off roaders, cruise cars, motorbikes and lorries in attendance. Visitors came in their droves and it was lovely to see everyone mix well together, whilst learning important road safety messages such as the Fatal 5.”

The event saw over 1000 visitors throughout the day and displayed 200 vehicles from different Car Clubs from across Wales.

Mid and West Wales Fire and Rescue Service is looking forward to making this an annual event and has already set the wheels in motion for Cruz Cymru 2018! 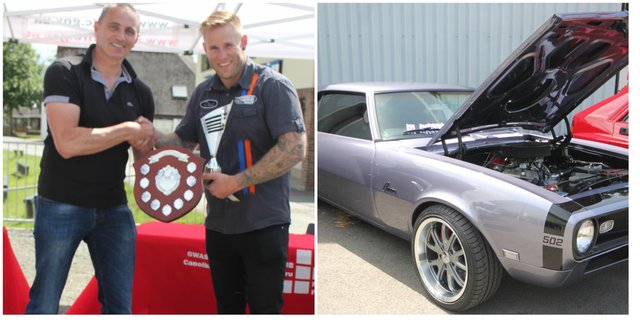 Best in Show:  King of Cool

Do Not Disturb While Driving 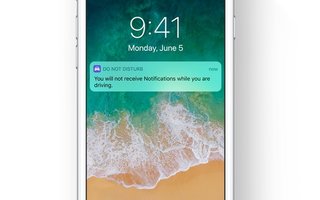 Apple has announced that its next iPhone software update will feature a ‘do not disturb while driving’ mode.

Due later this year, the iOS 11 update will provide all iPhones with the function, which is designed to address the dangers associated with smartphones and distraction.

The software will sense when a person is driving, and when activated will block notifications from calls, texts and social media. The user won't even be able to access the phone’s homescreen to open apps.