Vehicle Checks Carried Out In Gwynedd 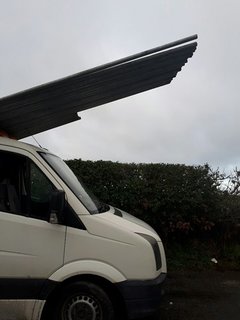 A joint operation between North Wales Police and Gwynedd Council’s Licensing Team recently carried out checks on taxis and light goods vehicles in the Caernarfon and Bangor areas.

Officers from the Roads Policing Unit which included the Commercial Vehicle Unit, Special Constabulary Road Safety Unit and Local Policing stopped vehicles at checkpoints in both areas on Friday, 25th January. Routine compliance checks were given on the vehicle’s condition/roadworthiness with officers from Gwynedd Council checking licensing documentation.

Several vehicles were checked during the day including a taxi which was found to have a defective tyre. The driver was issued with a TOR (Traffic Offence Report) which will result in a fine and penalty points on his licence. A van which was carrying scaffolding poles which were found to be protruding dangerously was directed to a nearby weighbridge in Caernarfon and was also found to be overloaded. The driver was issued with TORs for carrying a dangerous load, being overloaded and an expired driving licence. 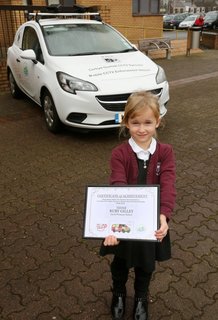 The safety of children around schools is paramount and Neath Port Talbot Council believes the school vicinity should be a safe haven and not a threat caused by parking issues.

The Council’s Road Safety Team has carried out a county-wide School Gate Parking campaign in partnership with South Wales Police and Mid and West Wales Fire and Rescue Service to produce banners to be displayed outside all schools to raise awareness as well as delivering education to all pupils - encouraging them to be a positive influence on those taking them to school.

Enforcement for persistent drivers however appears to be the most effective way to tackle this growing issue.

Workshops For Mature Drivers In Powys 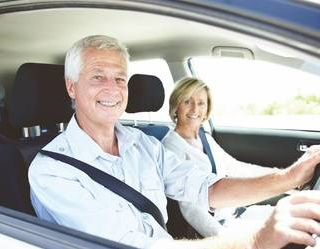 Mature drivers in north Powys are being given the opportunity to brush up on their road knowledge thanks to an informal workshop organised by the county council.

Aimed at drivers in the county aged 65 years and over, the two-hour classroom-based informal workshop will provide attendees a refresh of the Highway Code and driver licence requirements. It will also cover topics including night-time driving, medicine and alcohol laws and personal safety behind the wheel. Attendees will also be provided with details of a practical one-hour driving assessment if wanted.

37 Years Of Service To The Community 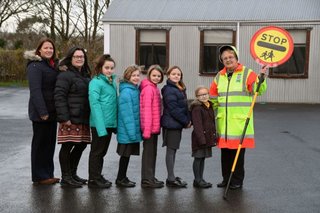 Popular School Crossing Patrol Officer Sandrea Howells of Stop and Call in Goodwick has hung up her hi-vis jacket after nearly four decades of helping children to cross the road in Fishguard.

The dedicated School Crossing Patrol Officer was presented with gifts and cards by pupils and staff at a special assembly last week, and thanked by Headteacher Abigail Davies for her hard work over many years, “Sandrea has kept generations of children safe, and the pupils and staff alike will miss her very much.” 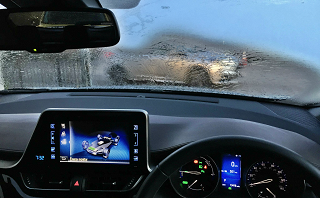 As the cold weather creeps in this January, Gwent Police has issued advice so that drivers are prepared for varying conditions:

Make sure you adapt your driving for different situations; in the wet, fog and ice keep well back from the car in front and always drive more slowly in the dark.

Maintain your vehicle: During the winter months especially it is always advised to make sure your wipers and lights are in good working order and your battery fully charged.

The transfer of powers will allow the council to provide a co-ordinated and consistent approach to enforcement of traffi­c regulations and will help improve road safety, tra­ffic flow and reduce obstructions.

From April, civil enforcement o­fficers will undertake enforcement duties in towns and villages across the Caerphilly County Borough and if a vehicle is found to be parked unlawfully may issue a Penalty Charge Notice. 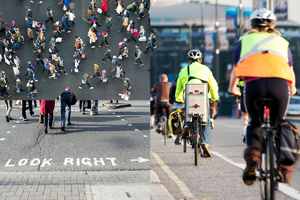 Policies and practical initiatives to protect Britain’s most vulnerable road users will be the theme for RoSPA’s annual Road Safety Conference, held on Wednesday, 13 February.

Despite Britain having some of the safest roads in the world, every year, thousands of road users are killed or injured whilst going about their daily lives. This conference looks at emerging issues, national strategies and practical initiatives aimed at individuals and local communities.

The conference is aimed at all road safety practitioners, researchers, policy makers and stakeholders, and will involve a number of interesting talks covering a range of topics, and networking opportunities throughout the day. 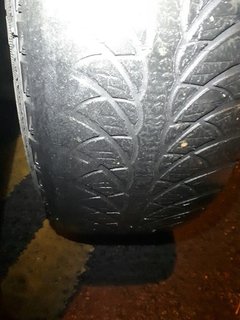 Officers from the Roads Policing Unit and Special Constabulary stopped and spoke to several motorists in Denbigh last weekend as part of ongoing efforts to reduce the number of casualties in the area.

In the operation, officers carried out vehicle and driver checks in and around the Denbigh area. Several TORs (Traffic Offence Reports) were given for defective lights, exhausts and tyres. Motorists were also given tickets for having illegal number plates and several breath tests and roadside drug tests were administered.

PC John Hewitt of the Roads Policing Department said, “We hope that the weekend’s operation will send a message to other motorists in the area and beyond. It was disappointing to find so many issues in the vehicles we checked, but this is why we carry out operations like this, to identify issues, make sure they are resolved, and remind drivers of their responsibilities. 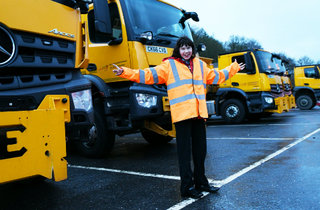 Carmarthenshire County Council’s highways team has made a Carmarthen teenager’s wish come true, giving her a chance to ride in one of its gritting lorries.

Fifteen-year-old Ashleigh Harrison, of Johnstown, loves to see the gritting crews pass her front room window when they are dispatched from the nearby depot to treat county highways ahead of freezing weather conditions.

Ashleigh, a pupil of QE High School’s Canolfan Elfed inclusion centre for children with additional needs, keeps an eye on weather forecasts and waits to see the crews pass by with their flashing orange lights.