Now in their third year, the awards are sponsored by Road Safety Support (RSS) and will once again be presented at the Young Driver Focus event in London in April 2017.

FirstCar conceived and launched the awards scheme in 2015 to recognise the work of road safety professionals in seeking to reduce casualties among young drivers.

Many parents may be confused by the news that booster cushion regulations may change soon - possibly this March.

Susan Storch, Chair of Road Safety Wales, explains the current situation: "Any changes will only apply to new backless booster seats (booster cushions) entering the market, not ones which are already in use and meet existing safety standards."

“Parents, carers and professionals working with children, who currently use a booster cushion that complies with the existing regulations will not be breaking the law if they continue to use them after the rule change. You will not be required to buy a replacement booster seat to meet this change.”

Prize Winners Invest in Their Future 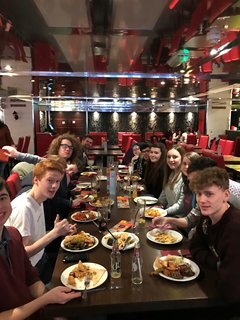 Pembrokeshire College interactive media students and their Lecturer used some of their Multimedia Competition prize money to visit Cardiff for the day.

Visits to the Artes Mundi exhibition at Cardiff Museum and also to the Award Winning S3 Advertising Agency led to a lot of thought provoking issues being discussed throughout the day. A glass was raised at lunchtime to Joel and Shannon for their winning work, and the whole group were thanked for all their hard work in devising entries for the competition.

Course Tutor Denys Bassett-Jones said “Thanks to the recognition by Road Safety Wales of the students’ efforts we have been able to arrange this inspirational trip for them. As well as being thoroughly enjoyable, it will help them to develop their creativity and enable them to make informed choices about their future career path. The balance of the prize money will be invested in equipment which will assist in producing even better animations for future competitions.” 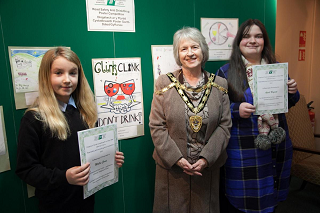 A competition searching for videos and poster designs for a national road safety campaign has awarded two Torfaen artists for their creations. Earlier this year, Road Safety Wales appealed for designs to be used in their campaign to warn drivers of the dangers of drinking and taking drugs.

Molly Jones, 11, from West Monmouth School and April Bryant, 20, of Coleg Gwent, were recognised for their efforts, winning £50 each and receiving a certificate from Mayor for Torfaen, Cllr Veronica Crick.

Miss Jones won a prize in the campaign’s Christmas poster competition and came up with a number of different designs highlighting the damage that drinking and driving can do, merging them into one to create her winning entry. Art and design student Ms Bryant won the multimedia competition, using the classic Russian animation ‘The Hedgehog in the Fog’ as inspiration for her short stop-motion animation film. 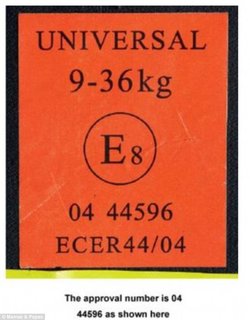 Mamas & Papas have recalled certain car seats amid fears they could crack in an accident. However, Mamas & Papas said there have been no incidents of children being hurt as a result of using the car seats at the centre of the recall.

Thousands were sold through Asda, Tesco, Shop Direct, some independent retailers as well as the brand's own website and factory stores. 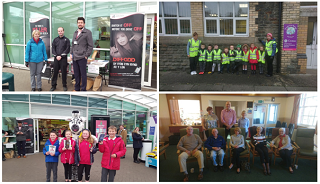 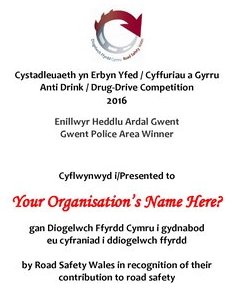 Participants aged 11-25 were encouraged to use a variety of genre: film, music, PowerPoint, poetry, animation – the choice was theirs. Unusually, this year, all the winners were animations.

Winners attended the launch of the all Wales Anti Drink/Drug Drive Campaign in Merthyr Tydfil where they were presented with their prizes and their films were premiered. 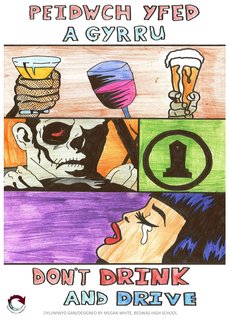 The winners of the Road Safety Wales Christmas Poster Competition joined the launch of the All Wales Anti Drink/Drug Drive campaign in Merthyr Tydfil today to receive their prizes.

Susan Storch, Chair of Road Safety Wales said, “We are very grateful to all those young artists who contributed with their entries. A great deal of thought goes into the making of their artwork and I’m sure that the young people involved learn about the consequences of driving under the influence when they are exploring their ideas, researching the topic and creating their excellent posters.

Four outstanding posters were selected by the judges: 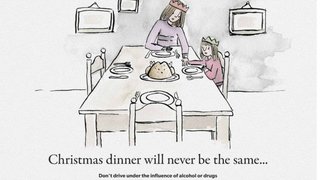