Roadkill and the Law 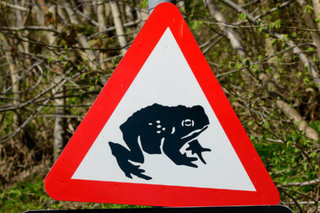 Thousands of animals fall victim to Britain’s roads each year, with almost 4,000 found by local authorities in 2016 and 2017 alone, according to new research.

The new figures, obtained by Freedom of Information request to Highways England, Transport Scotland and the Welsh Department for Transport, reveal some unlucky animals are more likely than others to be hit by a car. Deer accounted for 1,117 deaths, almost a third (29%) of roadkill found, while badgers have the second highest death count with 915 (23%) reported. Sadly, common domestic animals such as cats and dogs also ranked highly, with 340 (9%) and 286 (7%) deaths, respectively.  The past two years have even seen the deaths of animals you wouldn’t typically find on Britain’s roads, with one wallaby killed on the M1 and a peacock on the A174.

These figures could be even higher given almost two fifths (39%) of motorists have hit an animal while driving, and not all of these may have been reported to local authorities. In fact, many said they had collided with a bird (42%) with more than a quarter (26%) having run over a rabbit.

Would you know what to do if you hit an animal on the road?  Many drivers are not aware of the law surrounding the deaths of animals caused by vehicles.

Confused.com have produced a guide for drivers that lays out the steps you have to take when an accident has occurred.