Using A Mobile Phone While Driving: Consultation On Changing The Law 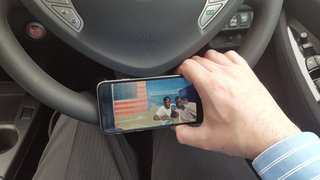 The UK Government is now consulting on proposals that from 2021, drivers will be breaking the law if they pick up and use their mobile phones while driving.

A change in law would ban a hand-held mobile phone from being used in any capacity besides making contactless payments, for example, paying for food at a drive-through takeaway.

The development would reduce the number of reasons a driver can legally have for having a mobile phone in their hands, making it easier to secure a conviction.

If found guilty of using a hand-held phone when driving, drivers can receive up to 6 penalty points and a £200 fine, for those who have gained a licence less than two years ago, this can mean losing their licence. In court a driver or rider could be banned and face a fine of up to £1,000, or £2,500 if driving a lorry or bus.

The proposals, which are intended to make the law clearer, include broadening the offence of using a hand-held mobile phone while driving so that it captures standalone mode functions as well as the existing interactive communication functions. However, the consultation, which can be accessed here, does not address the serious distraction issue posed by hands-free use.

Research indicates that the cognitive distraction of hands-free mobile phone use results in drivers failing to spot hazards and displaying difficulty in perception and attention. The advice from Road Safety Wales partners therefore remains the same, that drivers should not interact with their mobile phone until they are safely parked up.

Responses to the consultation, which closes at 11:59pm on 17 January 2021, can be submitted online